God Is Choke-Holding Our Enemies by Reeni Mederos 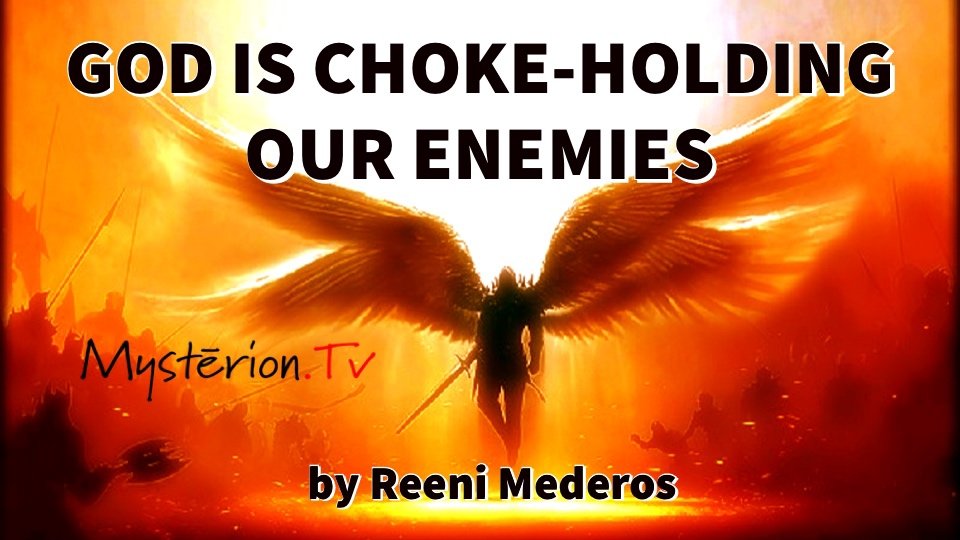 GOD IS CHOKE-HOLDING OUR ENEMIES 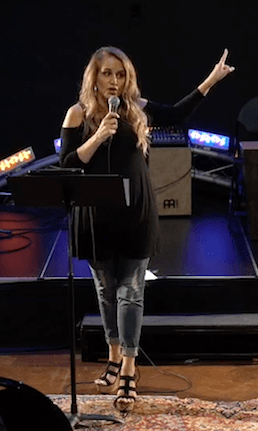 As I began to pray tonight, the Lord took me IMMEDIATELY into a vision. I saw the Lord in a very TIGHTLY GRIPPED CHOKE-HOLD with the ENEMY. First with His hands were around THE ENEMY’S NECK and then in a LIGHTNING SWIFT MOVE, the ARMS OF THE LORD moved the enemy’s NECK into a DEADLY CHOKE-HOLD. Several things were happening. The CHOKE-HOLD was causing a PARALYSIS by the LACK OF OXYGEN to the BRAIN which also caused a MENTAL STUPOR. It was a SLOW DEATH. The HEAD or the SUPPLY to the rest of the body was being CUT OFF! NO BLOOD, NO OXYGEN, NO LIFE! Then I saw the enemy’s body go LIMP as if LIFELESS. Then I saw the Lord DRAG THE LIFELESS BODY to the GRAVEYARD of FORGETFULNESS and BURY IT.

This is NOT against flesh and blood! This is a COLONY OF ENTITIES that are ANCIENT ENEMIES who not only HATE GOD but HATE GOD’s CHILDREN who have UNLEASHED an ALL-OUT war not just against AMERICA but against the HUMAN SPECIES. This is not just an ATTEMPT to TAKE OVER a NATION, This is the attempt to TAKE OVER THE DNA OF THE HUMAN SPECIES by HIJACKING THE MIND! But the Lord says, “NO!” THE LORD IS FED UP! He does not like His creation being EXPLOITED for SELFISH GAIN or for SUBSERVIENCE against ONE’S WILL. The Lord created us with FREE WILL and where the SPIRIT OF THE LORD IS AND IS HONORED, THERE IS FREEDOM and NO ONE will EXPLOIT that FREEDOM without CONSEQUENCES! I am reminded of the scripture…

“Then appreciate the gracious kindness and the SEVERITY of God: to those who fell [into SPIRITUAL RUIN], severity, but to YOU, God’s gracious KINDNESS—if you CONTINUE in His kindness [by faith and obedience to Him]; otherwise you too will be CUT OFF.” – Romans 11:22 – AMP

There is a time for the KINDNESS of God, which is long-suffering, and then there is a time of the SEVERITY of God. The CHOKE-HOLD represents the absolute CUTTING OFF of EVERYTHING that EXPLOITS God’s design FOR FREEDOM! The Lord says, “ENOUGH!” He is our MIGHTY MAN OF WAR and He has DISPATCHED HIS ANGELS OF JUSTICE to DECAPITATE THE HEAD OF THE ENEMY, the STRONGMAN, and the rest will FALL LIKE DOMINOS. He and the ANGEL ARMIES OF HEAVEN will ACCOMPLISH the MANDATE He has set forth to SET THINGS IN ORDER to REFLECT His WILL that is ALREADY SET in heaven. Do you BELIEVE THIS? Then AGREE and DECREE over your life, your family, and your nation!

Post your comments and prayer decrees in the comments below.

In His Love, Reeni Mederos, Founder of Mystērion Expressions. www.mysterion.tv

If you have been blessed by this article, give a love offering from your heart. Thank you!